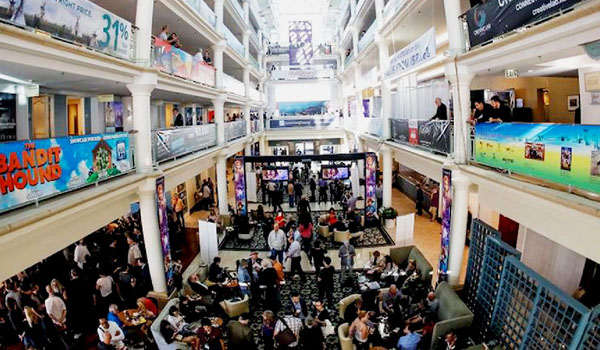 The American Film Market is a film industry event held each year at the beginning of November in Santa Monica, California. More than 8,000 people attend the eight-day annual event to network and to sell, finance and acquire films. Participants come from more than 70 countries and include acquisition and development executives, agents, attorneys, directors, distributors, festival directors, financiers, film commissioners, producers, writers, etc. Founded in 1981, the AFM is a marketplace for the film business, where unlike a film festival, production and distribution deals are the main focus of the participants.