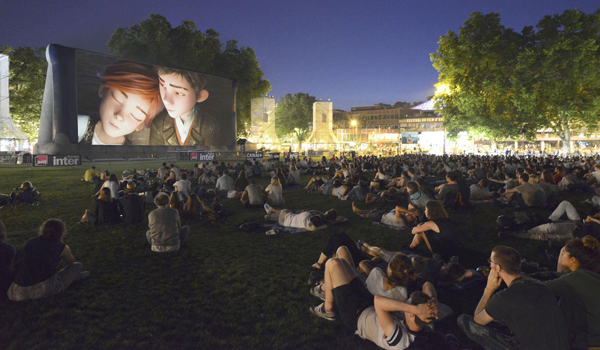 The Annecy International Animation Film Festival (Festival International du Film d’Animation d’Annecy, abbreviated as AIAFF) was created in 1960 and takes place at the beginning of June in the town of Annecy, France. Initially occurring every two years, the festival became annual in 1998. It is one of the four international animated film festivals sponsored by the Association Internationale du Film d’Animation (or ASIFA, the International Animated Film Association).
Throughout the festival, in addition to the competing films projected in various cinemas of the city, an open-air night projection is organized on Pâquier, in the centre of town, amongst the lake and with the mountains. According to the topic of the festival, classic or recent films are projected upon the giant screen. On Saturday evening, all the award winners are presented.